Playing around with ImageMagick I found that somebody already wrote a Pascal/Delphi import unit for it called PascalMagick. Unfortunately it has been integrated into freepascal which means Delphi support no longer has any priority.

So, the first thing to do was getting it to compile with Delphi.
It requires the ctypes unit from freepascal which did not compile because of an {$if …} that was terminated with an ${endif} rather than ${ifend} (line 107, newer versions fo Delphi won’t complain about this any more).

Then I opened one of the examples. There is a DPR file with an associated DPROJ file, but unfortunately that file was not a Delphi project file but some XML stuff. I renamed the LPR file (Lazarus Project) to DPR and it loaded into Delphi 2007.

Compiling worked too, but when I started it, I immediately got a System Exception with some cryptic error message. Half an hour later I knew the cause: The DLL could not be loaded, because there is an {$IFDEF Windows} around the MagickExport and WandExport constants (ImagageMagick.pas line 45). Delphi does not by default define this symbol. So I added it and the DLL still could not be found. WTF? Turned out that the DLL name was wrong. It’s now CORE_RL_MagickWand_.dll rather than CORE_RL_Wand_.dll. After that change the example program actually worked.

But I did not want to do the simple stuff but was interested in writing code that does what ‘magick -distort Perspective’ does. And I could not find anything in those units and include files that looked promising. Google finally turned up the MagickDistortImage function which is simply missing from import unit. So I added it:

But which values can be passed to the Method parameter? Again, it took me a while to find that enum declaration in C, so I converted it to Delphi:

That’s how far I have come by now. I’ll put this here in case somebody else is as desparately looking for these declarations as I was for the last few hours.

If you have done graphics processing in Delphi, you know efg’s computer lab which contained lots of great documentation and source code for that purpose. Unfortunately today on www.efg2.com you can read the following:

This site will be reorganized in the near future.

Prior to July 2019, this site contained 180+ pages on a variety of technical topics.
Links below are to copies on the Wayback Machine.

And since I am afraid that even those links will go away in the near future, I want to preserve them here:

Reference Library on Wayback Machine (last snapshot from 2019-05-02)
The Reference Library contains two major sections, Delphi and Technical, each of which is a compendium of information from a wide variety of Internet resources.

The Delphi section is divided into a number of subsections and contains a large number of Delphi programming examples and code fragments. The Delphi Reference Library is mostly about technical topics (other than databases, except for the ADO subsection). The Algorithms, Graphics, Printing, and Math pages are the most popular.

The Technical section contains a large number of links to technical information. The Algorithms, Color, and Image Processing Reference Library pages are the most popular. 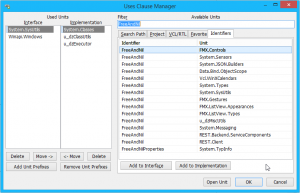 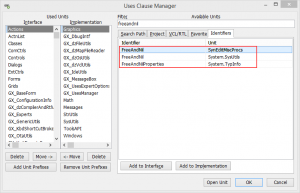 Some long standing bugs in the GExperts code formatter have been fixed. 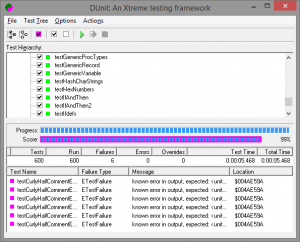 About 10 new test cases have been added too, so the improvement is significant.

The fixed bugs including some that have bugged (sorry 😉 ) me for years, e.g.:

where the last line used to be indented the same as the previous line like this:

There is one left:

where I am not even sure how it should be formatted. Maybe like this:

Or maybe it shouldn’t be changed at all.

Anyway, I’m thinking about making another GExperts release this weekend, but haven’t decided yet. If you want a fixed code formatter, you will have to compile your own DLL which isn’t rocket science after all.

I just read that Yahoo will be closing down Groups and will delete all content there.

Why am I posting this? The GExperts mailing lists are hosted at Yahoo Groups, so they will be gone shortly. If you want to stay up to date or communicate with other GExperts users, there is either this blog (there is a GExperts RSS feed – What is an RSS feed?), or the GExperts sub forum on the international Delphi Praxis forum.

Since Groups was the only remaining Yahoo feature I was using, have also just deleted my Yahoo account.

As I mentioned before, Embarcadero will turn off Code Central which will result in a wealth of Delphi code and tools vanishing from the face of the earth.

I have just saved two more entries for posterity:

both by Adam Markowitz a former Borland Employee.

The Delphi Wiki has some more live templates.

Yes, I know, there are many already existing solutions for writing a CSV file in Delphi. And some are probably better than mine (for general purpose usage), but those I looked at had too many shortcomings for my particular use case, so I wrote my own. (There might also have been some not invented here syndrome involved.)

Anyway: It’s now in my dzlib as u_dzCsvWriter and there are also unit tests for it.

Note that I have tested it only with Delphi 2007 so far (because I needed it for Delphi 2007). There might be Unicode related bugs that only surface in later versions.

I was just prompted to dig into archive.org to find an ancient (2008) blog post by Alan Bauer A “Nullable” Post which I used back then to implement the nullable types in dzlib.

A comment there mentioned this post on code central (archived). It’s about a StringList value class which frees you of the additional code necessary for creating and freeing a TStringList, so you can e.g. have a function that returns one without leaking memory. Interesting stuff by Janez Makovsek (who back then worked for Dew Research, no idea if he is still there)

StringList is the same as TStringList except that it is a value
type. It does not have to be created, destroyed or put within
try/finally. This is done by the compiler for you. There are
virtually no special performance penalties for these to work:

The code can be used as a template to wrap any TObject as a value class type.

Since Code Central is going to vanish from the face of the earth shortly, I have downloaded that ZIP file so it will be available for posterity.