The Convert Strings Editor Expert was added to GExperts months ago, but I forgot to document it. Now there is the documentation. 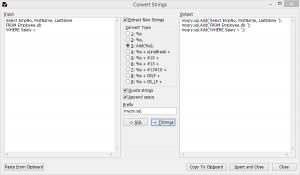 It is similar to the Multi Paste functionality of Delphi 10 Seattle and later. (But was developed independently, I didn’t even know that it exists until Nick Hodges blogged about it.)

Esri Shapefile is a popular file format in geographic information systems (GIS). Probably because the format has been extensively documented (whitepaper in PDF format).

In my day job at a company that does road condition surveys I work with quite a lot of data in shapefile format, so in order to read and write them I wrote two Delphi units. These units have been in existence for quite a while but until recently they could only process rather basic file types with points and polylines. After having the need to process additional types, I have updated (and bugfixed) them, so they now can read the following shape types:

Please note that they only accesses the .shp file, not the accompanying .dbf, .proj, .shx and other files. The .dbf files are simply dbase files, so you could use e.g. tdbf for them (But check the tdbf license!). The .proj files are text.

The writer is more basic yet, it can only write Point shapes.

Both are part of dzlib, my general purpose library, and available under the Mozilla Public License from the svn repository on SourceForge:

I have released a new version of my dzEditorLineEndsFix tool for Delphi 2006 to 2010. There is only one change: I removed the balloon hint it used to show at startup. It started to annoy the hell out of me (and I’m probably not the only one).

The tool also now has its own page on this blog.

If Hibernate is not available on the shutdown menu and doesn’t show up in the configuration either, it can be enabled via the command line:

I has been a while since my last experimental GExperts release. Erik still hasn’t managed to do the final official release and I don’t want to wait any longer. I have created installers for all supported Delphi versions.

There was also a fix for a nasty bug in the code formatter.

Did I ever blog about using the .MAP file for the Uses Clause Manager and Open File Expert? This was also added in this version (with using it in grep on the todo list). Also, did I ever mention the new Editor Experts: WARN directive and IF Directive? I don’t remember but they were added months ago. 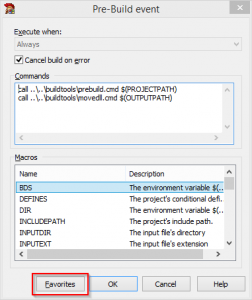 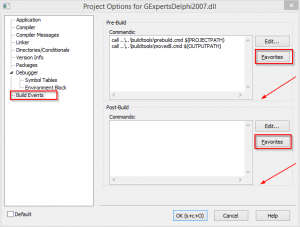 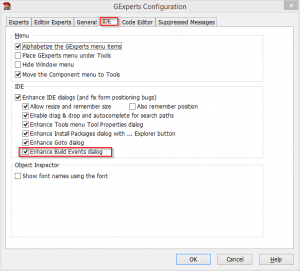 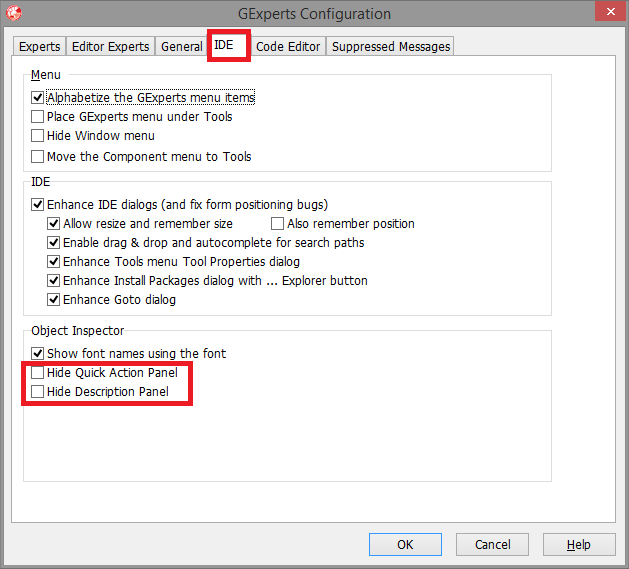 I have finished the filter functionality for the GExperts Class Browser expert. There are now filter fields for the class name as well as for the members. 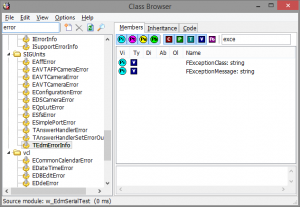 As of now (2017-01-07), there is no release of GExperts with this feature. But you can always get the sources and compile your own.