The Unicode issues in GExperts just don’t end. Today I fixed three of them:

They were caused by the two byte UTF-8 characters in the respective lines which threw off the column index.

And if that wasn’t enough I also fixed some bugs in the Grep history list which could cause an Access Violation, infinite loop or wrong check marks in the Open dialog.

All these were reported by Konstantin Tkachenko who also included some patches which fixed them. Unfortunately he could only test them in Delphi 2010 so they worked for Delphi 2007+ but not for Delphi 6 and 7. They were valuable nonetheless. Thanks Konstantin!

Also, Achim Kalwa, who already contributed quite a few patches to GExperts, sent me some more this week:

If you get an access violation when setting IOTASourceEditor.BlockVisible to true in Delphi 6 or 7 e.g.:

Check that your source editor does not contain UTF-8 characters or a BOM. Delphi 6 and 7 allow you to paste those into the editor window (from an editor that supports them, like Notepad++ or Delphi >7) but cannot handle it correctly. 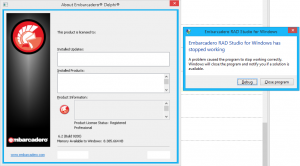 Seagate has changed their Barracuda desktop 3,5″ 2 and 4 TB drives from using 3 platters to using only 2 while doubling the cache RAM from 128 to 256 MBs.

We have been buying this type of drives for various usages, one of them is the 4 TB drive for the backup of our main file server (using Dirvish). Before the change, an ext3 format under Ubuntu Linux took a few minutes. After the change, it now takes literally(!) hours. The inode tables counter grows very quickly until it has reached about 1000, after which it starts crawling upwards veeeeeerrrrryyyy sloooooowwwwwlyyyyyy. I guess about 1000 is when the cache has been filled and any further writing goes directly to the actual drive.

Once the formatting is done, the initial backup takes several days rather than the usual 8 to 12 hours it took before the change.

Once the initial backup is done, the incremental backups only take the usual 30 minutes unless there have been very many changes, then again you can see that the drive is very slow when writing large amounts of data.

It does not matter whether the drive is connected via USB 3 (which is the way we use it for the backup) or SATA, the slowdown is reproducible every time.

Another use for these drives was the 2 TB variant to store videos in our measurement vehicles. There are 2 of these drives in one PC which are used to write MJPEG streams of 2 HD cameras each. These cameras take a picture every metre, which comes out at about 22 pictures per second when driving at 80 km/h. Before the change that was no problem at all. We could even drive at 100 km/h (27 pictures per second). After the change, the videos suddenly had lots of lost frames because the drive is just too slow to write them.

For now the 1 TB variant seems to be as fast as ever.

So now we are looking for alternative drives to use. Until a few years ago we only bought Hitachi but switched to Seagate when Western Digital acquired HGST and raised the prices. I guess we’ll have to look into WD / HGST again as well as checking out other Seagate product lines. 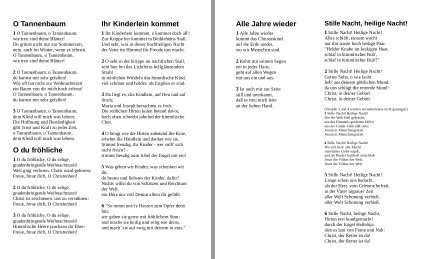