Since I keep forgetting which project is hosted where, here is a list of all(?) my open source projects as of 2018-10-06 with links to the pages where they are being hosted.

Most of them are written in Delphi with some Lazarus (for Windows) sprinkled in.

My old homepage still lists other stuff, some of it written in Perl or even ReXX. 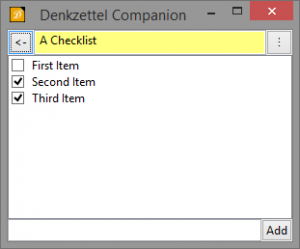 I have just released version 0.0.5 of my Denkzettel Companion tool. It is available from OSDN.

This version fixes a bug that prevented the program to start when the notes directory did not exist.
(Since nobody reported that problem, probably nobody but me has ever used the tool.)

Also, I have moved that project to OSDN now too.