One of the editor experts in GExperts that come in handy once in a while is the Sort Expert. All it does is take the selected lines and sort them alphabetically.

Now, it can sort ascending, as before, descending (not sure when you might want to do that, but since I was at it, why not implement it?) and it can reverse the current line order. The latter is useful, if you want to undo changes in reverse order.

In addition, a new option allows to sort procedures / functions by name, ignoring the procedure / function prefix of the line, so 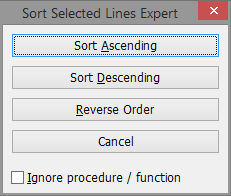 Roman Yankovsky has been so kind to donate a FixInsight license to my open source projects, in particular to GExperts.

And since he just blogged about running FixInsight against the latest FMX I did the same with GExperts.

The result is not too bad actually. All included there are 235 warnings, optimization and convention messages. Most messages are about

There are some warnings about variables assigned twice successively, but these are actually assignments to properties with side effects (e.g. TTimer.Enable being set to false and then to true to restart it).

The overall code quality of GExperts is very good compared to other source code I have seen.

I’ll go through all those messages and clean them up if possible. 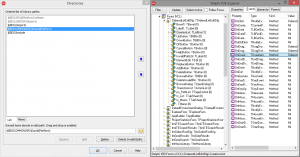 Note to self: Do not enumerate on TTreeNode.Item, it’s highly inefficient.

This code is from my Delphi IDE Explorer expert (a bit simplified for readability).
It does something very simple: It goes through all child nodes of the given Parent TTreeNode and looks for one whose Data property matches the given ActCrl parameter. This node then gets selected.

I always wondered why this takes so long until I had a look at the implementation of TTreeNode.GetItem today:

This is the current implementation in Delphi 10 Seattle.

As you can see, in order to get the Index’ed item, it enumerates through all child items counting them until reaching the given Index. And since my code calls it for each item, this is highly inefficient.

This uses basically the same code as TTreeNode.GetItem, so it only loops through the items once. Much faster.

EDIT:
I deleted the rest of this post regarding TTreeNodesEnumerator. It was clearly wrong. 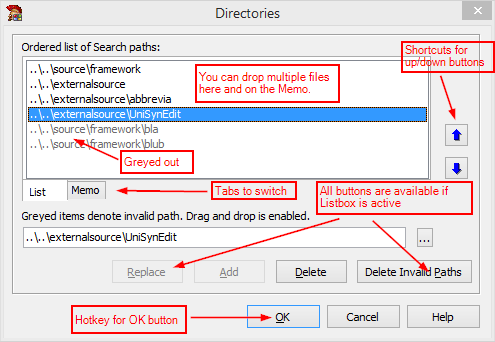