Again, there is nothing new about the formatter code. But there is a new option to improve the IDE search path dialogs: 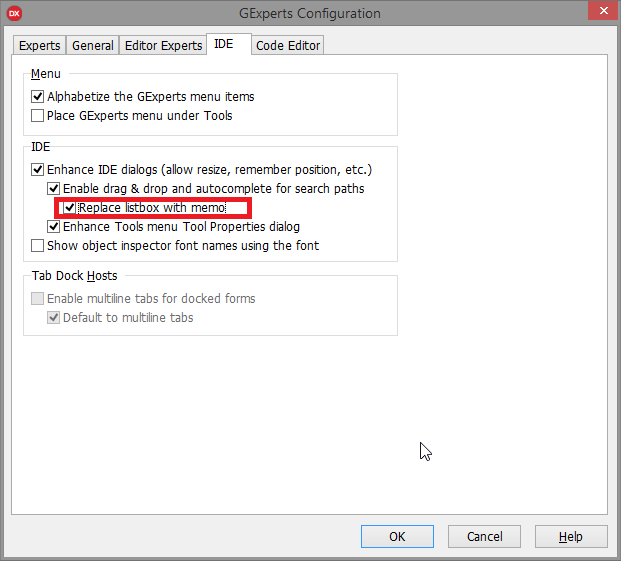 What it does is replace the list box in the search path dialog with a memo, so editing that path is much easier (in my opinion) than before. Unfortunately I have yet to figure out how to sensibly implement the "Replace", "Delete" and "Delete Invalid" button functionality, so they are disabled for the time being.

Click on the picture for an animated GIF that shows you the change.

In addition, since I was at it, I added short cut keys to the Up/Down buttons: Ctrl+Up / Ctrl+Down. These work even if you don’t replace the listbox (And let me tell you: It wasn’t easy to get this to work but that’s a topic for a different blog post).

There is another change in my experimental GExperts versions, that some of you might not like: There is only one version, the "Regular Expert". I dropped the "Editor Expert" version because it became too tedious to maintain those two versions in parallel. Also, since in the (hopefully near) future the code formatter will be part of the official GExperts, I had to decide which version to keep. If you don’t like this, you are welcome to grab the sources modify them and and compile your own version.