I never understood the benefit of writing the ExplicitLeft / Top / Width / Height properties for TControl and descendants, which were added in Delphi 2007, to the dfm files. They store the control’s position and size before its Align property was set to something like alClient or alRight, so they can be restored later. That’s useful if you change these by accident or double click on the Align property to go through the possible values, but as soon as you save the form, you don’t really need them any more. Even worse, they seem to change often with no apparent reason and therefore clutter a dfm file’s diff with changes that nobody is interested in.

That’s probably why Andreas Hausladen added the option “Do not store the Explicit* properties into the DFM” (under “Form Designer”) to his DDevExtensions plugin. I have enabled that option since I found it. Unfortunately Andreas has not yet released a Delphi 10.4 version of DDevExtensions (and his other useful tools) because there is no Community Edition of Delphi 10.4 yet and he no longer has access to the latest Delphi versions (From what I read in the forums he chose not to accept a free license from Embarcadero, probably due to some strings attached to that offer.) Whatever the reason: Having those annoying properties back has irked me for a while now.

Achim Kalwa has written a plugin that removes them, but I didn’t want to install an additional plugin just for this functionality.

So I eventually came around adding it to GExperts. It’s a bit hidden because it does have a menu entry, only a configuration dialog: 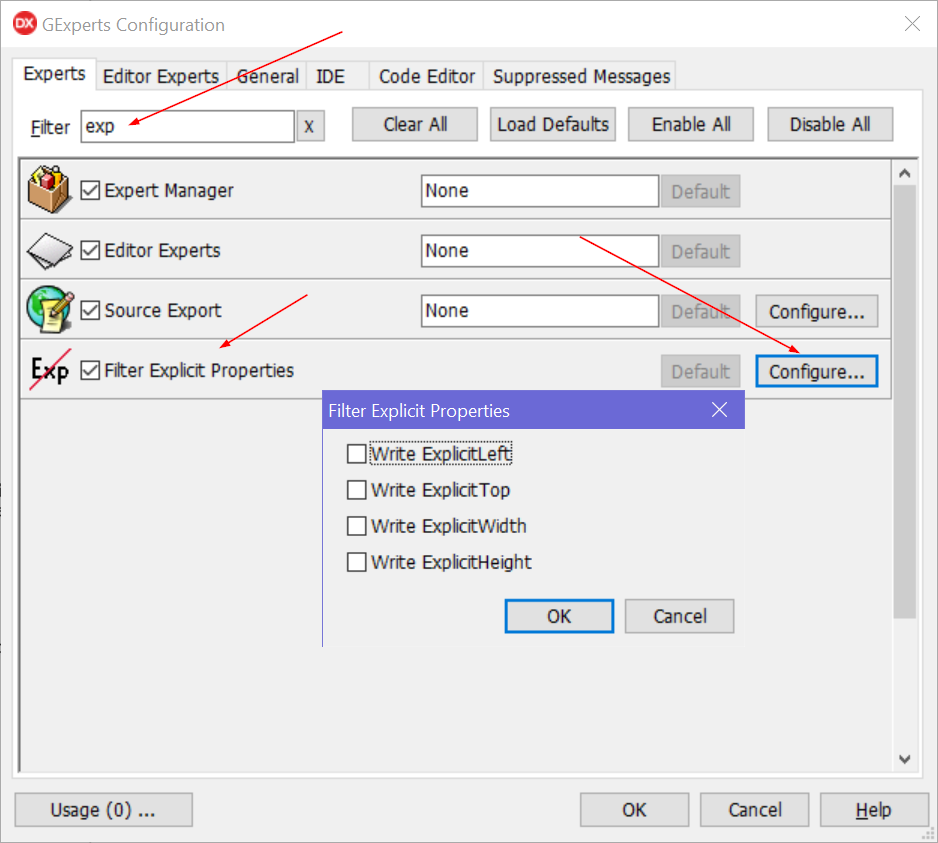 In addition it’s not active by default so it won’t conflict with DDevExtensions if that’s also active.

So, if you want to use this new expert, you will have to explicitly activate it. It also allows you to selectively write some of the ExplicitXxx properties anyway, but I doubt that anybody will ever use that.

There is no GExperts release with this Expert yet. If you don’t want to wait, you’ll have to compile your own DLL.

If you want to discuss this article, go to the related post in the international DelphiPraxis forum.